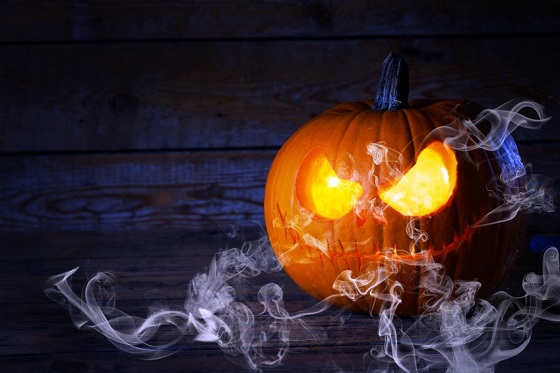 The evenings are drawing in, the leaves are starting to change colour and there’s a spooky feeling in the air… you know it’s nearly Halloween and that means just one thing (aside from eating far too many sweets): you have free licence to dress in the most crazy get-up you can find!

Halloween has become much more of an ‘event’ in the UK in recent years, with many of us attending large-scale parties. Hence the pressure is on to look incredible. No longer will that off-the-shelf-ghost-outfit-from-Asda cut it; everyone wants to look spooktacular!

With that in mind, here are a few Halloween costume ideas from across the web (pun very much intended):

Yes, you could go with a witch, Freddy Krueger or a zombie, but for something far more clever, eye-catching and quite frankly, chilling, dressing as a real villain from history is a fabulous route to go down. Plus there are so many to choose from – such as London’s own Jack the Ripper, The Kray Twins or Sweeney Todd and Mrs Lovett.
Don’t forget those diseases! One of the freakiest costumes – and a real one at that – was the one worn by a plague doctor treating the Black Death. With a glass ‘beak’ mask, long coat and cane, this was designed to keep the disease at arm’s length but has come to become dark, deathly and scary.

Your historical influences don’t need to be bona fide villains, of course. You could transform yourself into Winston Churchill and any number of royal figures, such as Henry VIII, Anne Boleyn and Queen Victoria, for whom you can hire beautifully-sewn and accurate costumes to make you feel the part. 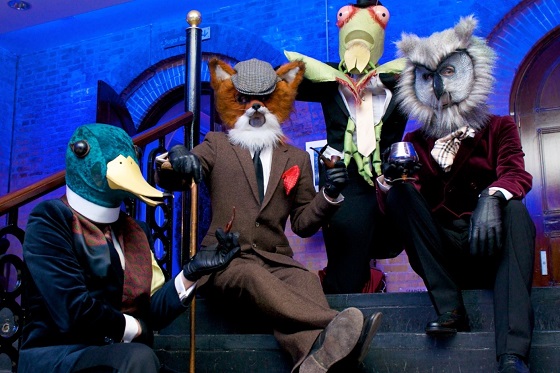 Or for something quite different, how about donning a mask and some tweed and becoming an animal? You could choose characters from Wind in The Willows, from the Narnia Chronicles or any number of Roald Dahl stories.

You want to impress? Then forget that pathetic effort at a ghost and team up with some friends to create a big impact. A two-headed person is fun and relatively easy – necessitating a large t-shirt and trousers big enough that you can both fit in a leg each (though it might be tricky to dance). Anything identical twin-related seems to be scary at this time of year and easy enough to create with wigs. 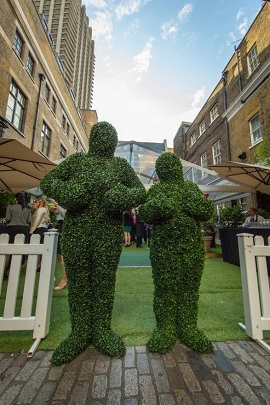 Taking a theme and applying it across a group of people can produce a stunning effect – whether it’s a group of zombie cheerleaders, chic flapper girls straight out of one of Gatsby’s parties or the 1966 England World Cup winning football squad, getting your friends on board gives your costume that added dimension. You could be the Seven Deadly Sins, a troupe of scary flight attendants or the cast of Parks and Recreation – it doesn’t need to be gruesome, just awesome.

Awesome like these costumes: human topiary. If you can bear to be covered head to toe, then the possibilities for scaring other people are endless. Who’s going to realise that these very realistic-looking shrubs are alive until they start moving? Better still if you and your partner in crime are around the same height; the effect is incredibly clever and striking. No one will forget you were at the party!

You don’t need to go mad sewing a cat suit or making a giant wired pumpkin; sometimes a brilliant costume is nothing more than a freaky face – all you need is make-up and a steady hand. What’s more, your fellow party-goers will be extremely impressed by your creativity.

Some of the spookiest creations revolve around cleverly applied make-up: a broken china doll, for example requires an alabaster complexion, big, doleful eyes and a massive sharp crack along the cheek. The outfit is all the better is you can put your hair in bunches or ringlets and wear a pretty dress. Don’t forget to accessorise with an equally creepy teddy bear. For a tutorial, like the one below, search YouTube.

Other great make-up tricks include a ‘werewolf attack’ – perfect for guys who don’t want to wear a lot of make-up. The beauty of this look is that it’s subtle: a few bloody, open claw marks on one side of the face or neck, so you can wear what you like and just add a few drips of fake blood. It’s easy enough to buy some fake scabs or you can, as in this video, create your own.

That make up isn’t restricted to your face and neck, either. If you’re creating an animal-like costume requiring you to have stripes or spots, or if you are brave enough to wear something which offers a little less coverage, then use make up on your body. This Medusa costume works expressly because of the clever application of scales (live snake is optional, of course). 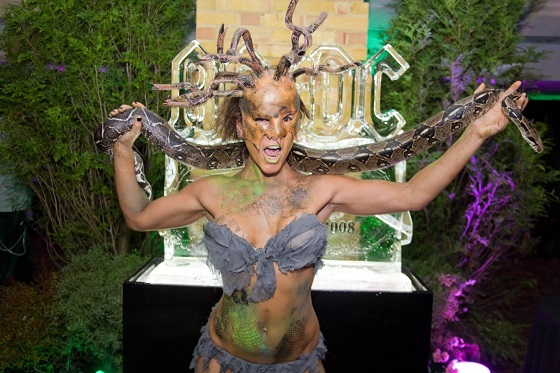 There are hundreds upon hundreds of incredible make-up ideas at your Googling fingertips, you’re bound to find something you like.

Though people here in the UK remain divided over Halloween (is it too American?), it does give everyone the opportunity to get a little creative, to dress up and have some fun. If you’re going to a Halloween event, hopefully the above has helped you choose a costume that’s a little different, one that will ensure you have a scarily good time! If you’re still undecided, there’s always THE creepiest costume of them all… 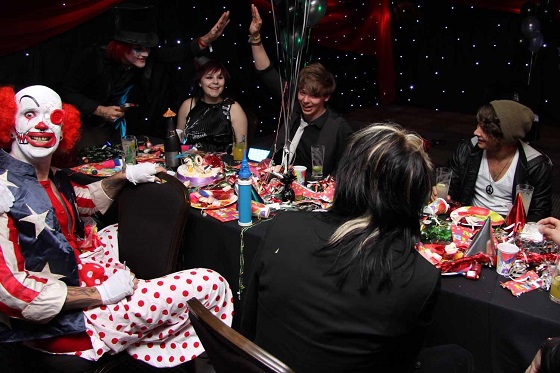