The guide to party etiquette

While work days can drag and staying in most nights can be a drag, there’s always a glimmer of hope on the horizon – the big party you’ve been waiting for is mere days away. 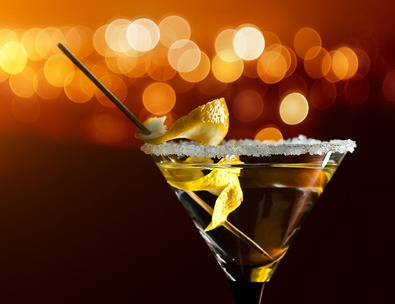 That can only mean one thing: it’s time to brush up on your party etiquette.

All dressed up (with somewhere to go)

Your party attire should be picked out at least 24 hours before the event begins.

Not because you’re likely to become a diva at the last minute and get yourself in a state, maniacally tossing rejected shirts and skirts around and crying that you’ve not a stitch to wear, but because of our collective forgetfulness.

How many times leading up to a party have you thought, for example, “I think I’ll wear my favourite top”?

A lot. Every time you’re about to go to a party, in fact. And that’s why every time you start to get dressed you find your selected outfit still lingering in the laundry basket from last week’s soiree.

Think about what you would like to wear a few days prior, and ensure the outfit is ready and waiting to be slipped into with hours to spare.

We’re not saying to be there exactly at the time given on the invitation (you don’t want to go the other way and be the first person to arrive) but give yourself just enough time so that when you do turn up, everyone else will be too. Perfect.

If you do find yourself arriving late, allow for a few minutes to pass before you truly start to show your face. Then people will start to come up to you saying things like “I didn’t know you were here! Have you just arrived?”

To which you can reply “Oh no, I’ve been here for ages!”, knowing full well that the train ticket in your pocket is still hot from where it passed through the security gate just ten minutes previously.

And with that, you’ve arrived.

Time at the bar

It’s a party, and even at events with table-service it’s likely that later in the evening some of your time will be spent queuing at the bar.

If you have to ask “Whose round is it?” because you’ve just realised you’ve been drinking melted ice for the past ten minutes, it’s probably your round. The people you’re with are just too polite to nudge you into action like you just tried to do to someone else.

Of course, it’s never a good idea to drink too much at a plush party. Be it a work-do, a wedding reception, an awards ceremony or a birthday bash, too much sauce can lead you to do things you’ll regret the next day.

It’s inevitable that people will be throwing shapes at a party at some stage. Heck, you’ll probably want to join in. Even if you don’t want to, peer pressure is hard to ignore. But there are certain rules that one must abide by in order to successfully survive dancing at a party. So not to ruin the fun completely, here are just five of them.

If you’re flailing your limbs around, bumping into your fellow partygoers and spilling your drink all over the dance floor, not only are you annoying everyone, but you’re literally a walking, talking health and safety hazard.

2. Never interrupt someone when they’re in the middle of doing the robot

It’s dangerous, like waking a person when they’re sleepwalking.

Sadly, very few do. Just have fun and let that fun-ness shine through.

4. Don’t try and get everyone to watch you dance

This isn’t a movie.

5. Stop dancing over to the DJ to request songs every five minutes

The DJ is clearly a professional that has been hired to do a job. Let them do it.

And there you have it. You’re now an expert in party etiquette.