One great party and you are the best boss in the world. An awful one and it’s hard to control the damage to your reputation.

Follow these three tips and you’re on your way to throwing the best office Christmas party ever.

As a gesture of goodwill, and to prove you’re not a Scrooge, you might decide to close the office early on the day of the Christmas party. This lets people relax, gives them more time to get ready, and certainly gets you in everyone’s good books by raising their spirits.

This could also create a problem, though, especially if your workforce starts raising spirits of the alcoholic kind in the pub a bit early into the proceedings. If you’ve spent good money hiring out a venue, you want to make sure your guests enjoy their time there. Therefore, don’t close the office too early – and maybe suggest that partygoers don’t head straight to the pub! 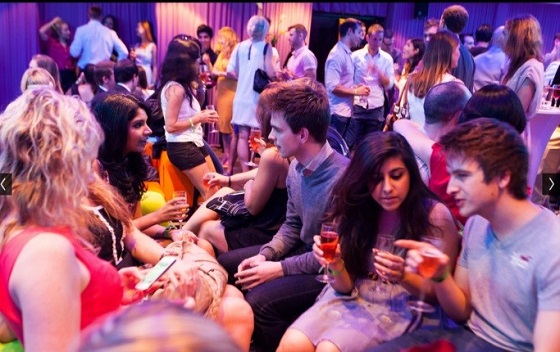 Ashley Steven, a stand-up comedian living in Winchester, told us one such cautionary tale of a terrible party of Christmas past:

“Where do I start?! I went to one where our boss took us out drinking from lunchtime, and by the time we got to the party we were all so drunk, we were refused service at the bar! So our office Christmas party ended up just being a lot of people sat in a park in Southampton with three buckets of fried chicken, swigging bottles of whatever wine was two for £6 in the Coop. Not the classiest affair!”

You know what makes it a classy affair? Great food, great drink, and great entertainment. Not all budgets can stretch to a big-name star (in that case, hire a venue that’ll provide entertainment for you) but you should still take time to arrange the best entertainers you can.

London-based professional magician Oliver B told us about a work Christmas party he once attended that pulled out all the stops:

“I’m really lucky that I have performed at a number of Christmas events and the majority tend to be extremely entertaining – as much for me as for the audience. People do let their hair down at Christmas! One of my favourite Christmas parties was a seemingly normal one in London, when out of nowhere Michael McIntyre appeared and did a set! I’ve also worked another where Elton John was hired to perform.”

Of course, if you’re going to hire quality entertainers, make sure you give them the necessary tools for them to ply their trade! In Oliver B’s case – all he needs to amaze is a deck of cards and his hands. Take away his hands and…well…we’ll let him explain:

“When I first began to perform professionally, I was hired to keep a crowd outside entertained; there were around 2,000 people waiting to get into a venue – which I thought was an incredible opportunity, until I realised just how cold it was. The venue had hired me to perform close-up magic outside on a night so cold that I could barely move my hands!”

Don’t hold the party in your office!

They say that wrongdoers won’t return to the scene of the crime; not necessarily true when it comes to an office Christmas party. If alcohol is flowing and steam is being blown off, sometimes we succumb to silliness. Therefore, don’t hold the Christmas party in your actual office – that’s a clean place; a place of business.

“When my friend and I were temps, we had to put all of the Christmas decorations up in the head office in time for the Christmas party. The party was a boozy one, and on the following day we were told that some of the decorations had fallen down in the night and set the burglar alarm off, so we needed to take them all down.
“Months later, however, we discovered that it wasn’t the decorations that set the alarm off after all. It was actually two tipsy colleagues – two separately married tipsy colleagues – who stayed late to lock up the office, and ended up ‘making use’ of their manager’s desk – as it were. 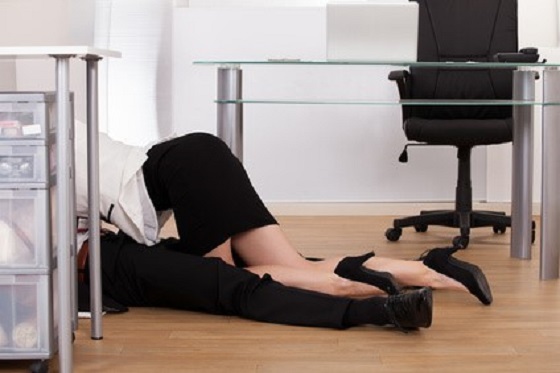 “We were all back in the office on Monday, blissfully unaware that anything had happened. I wish I’d never found out!”

The moral of the story? Hire a venue for your Christmas party – it’s always best to keep business and pleasure separate…

Click here to find out more about what makes the perfect Christmas party.