We are super excited about Christmas party season this year, as we will be heading back to 1950s America and becoming students at Chiswell Valley High.

It’s nearly time for you to attend your senior prom and this year it is ‘Enchantment Under The Ocean’. We know that you’re super busy hanging out at the diner trying to catch the eye of your perfect date, there is also the prom dress/tux to worry about and not to forget your speech if you are named Prom King or Queen.

So we are going to look after the decoration for you and have got the nerds down at the IT Club to put together some drawings of what it’s all going to look like. Check out the images below and to find out how to book your party the dedicated micro site can be found here.

Where were you when the sun disappeared? Join us before the darkness returns – Aurora – December 2016 – Limited spaces remaining.

Aurora from The Brewery on Vimeo.

The Apostles of Anonymity are coming to The Brewery this Christmas and this is what you can expect if you book your party with us. 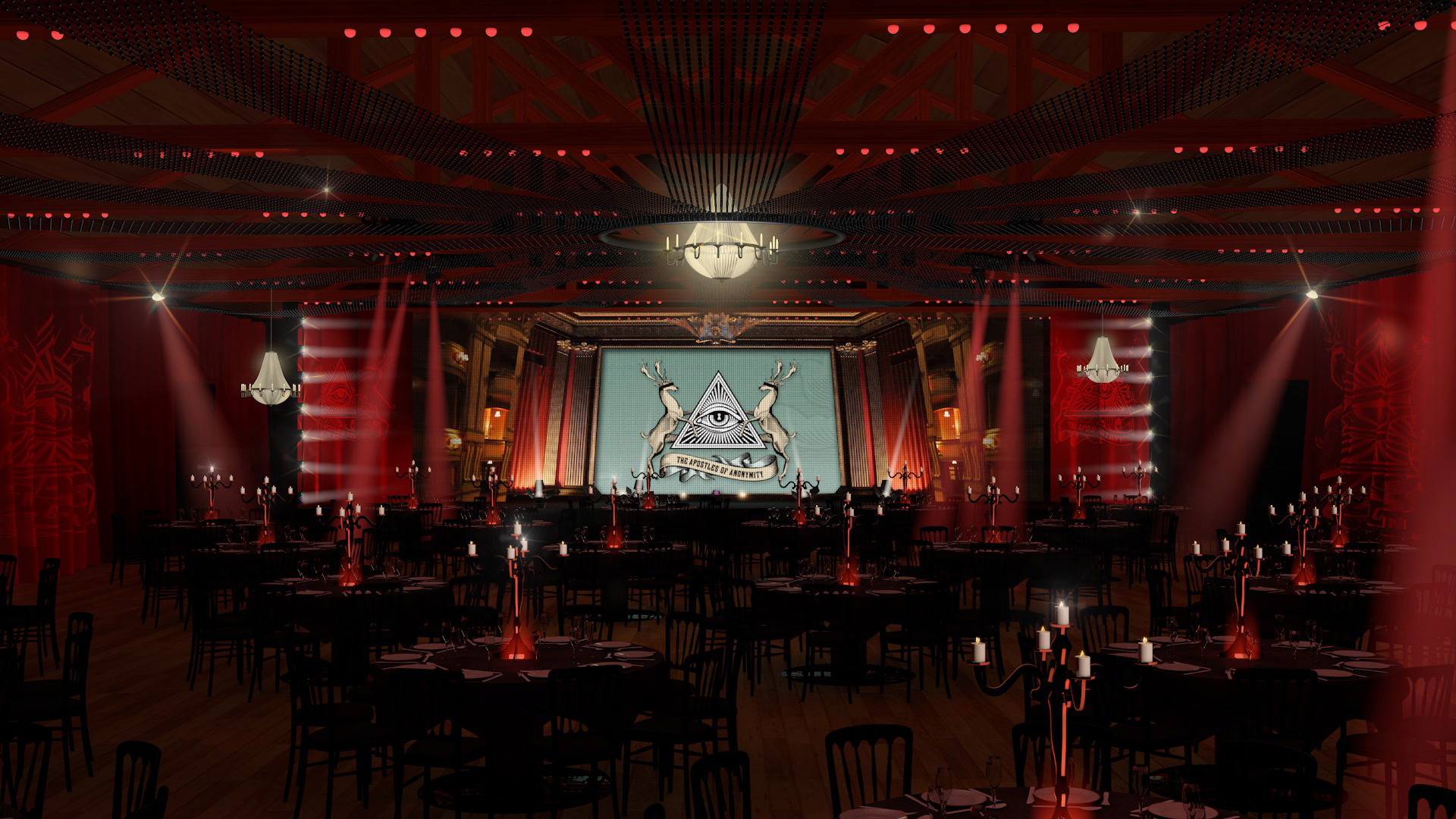 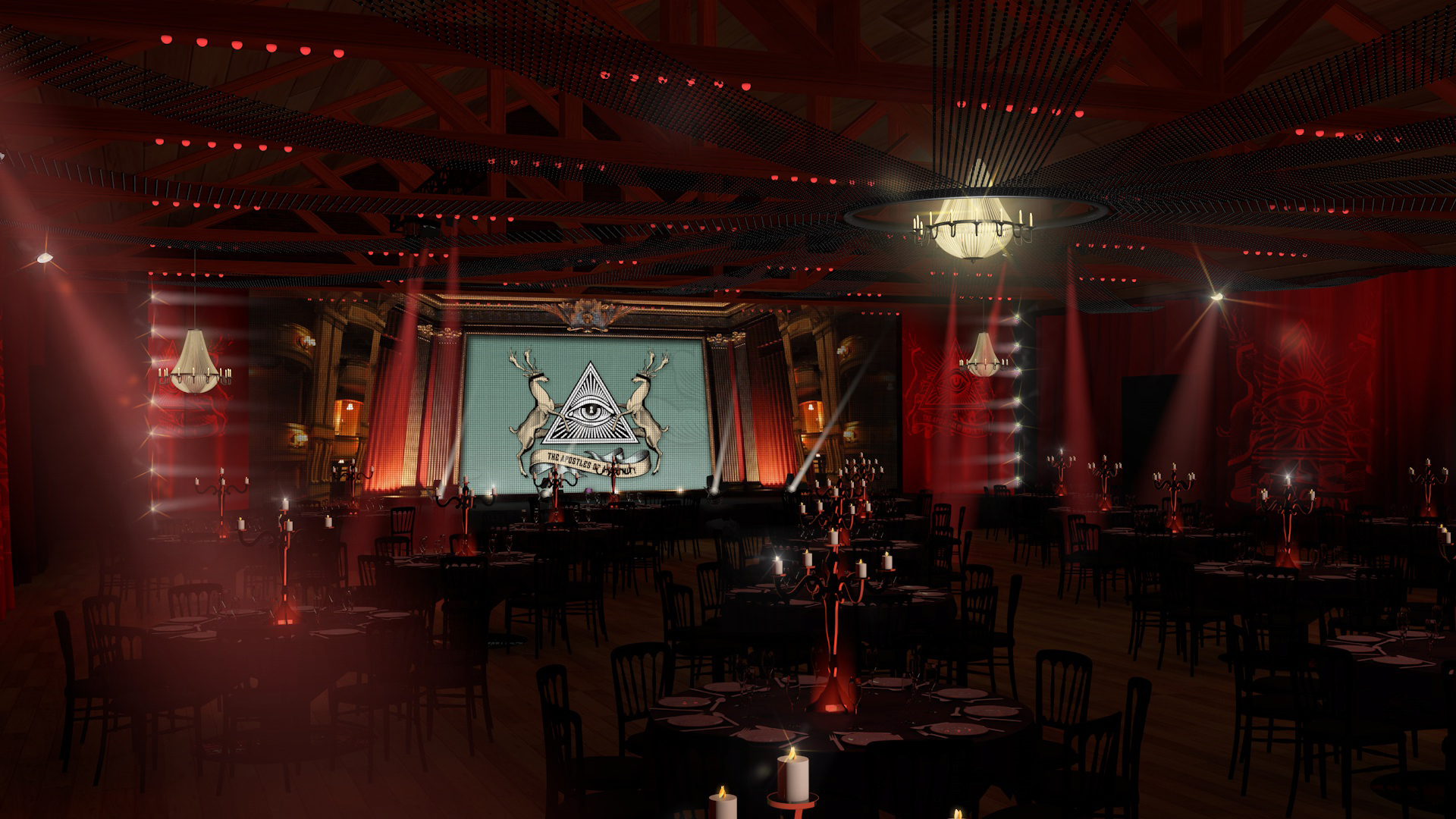 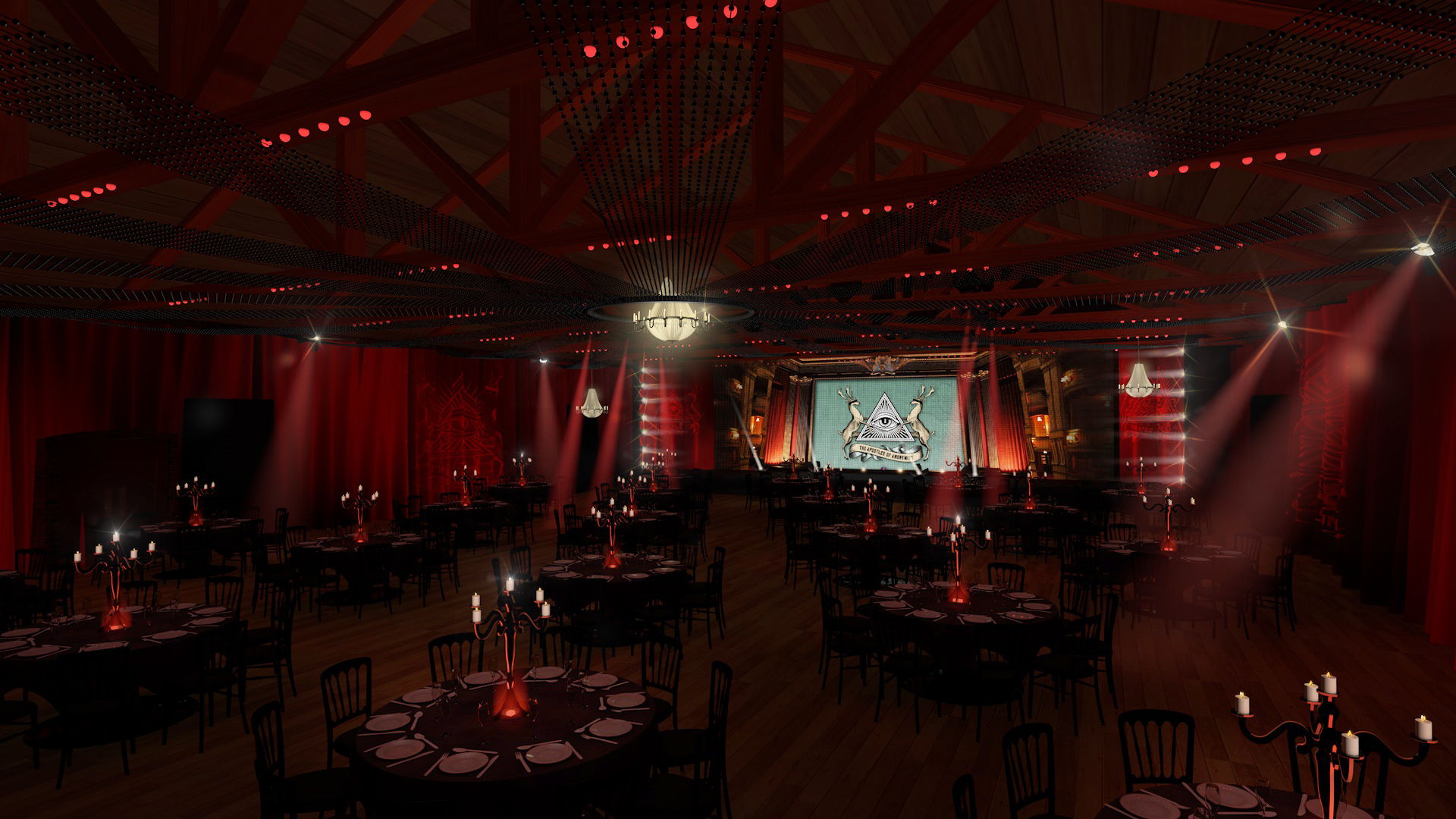 The Apostles of Anonymity – Christmas 2015

We are delighted to announce our mysterious new theme for Christmas 2015 – The Apostles of Anonymity.

We are already taking bookings, so call now to avoid missing out.

The Circus Is Coming To Town

This Christmas the Brewery will be transformed into the mysterious Dream Circus and here is a glimpse into what can be expected.

To learn more and make an enquiry visit:

Nothing But Good Times At The Clandestine Club.

As part of our December 2011 Christmas party season we transformed The Brewery into the magnificent Clandestine Club. It was without question one of favourite Christmas seasons yet and we are pleased to say the guests who were lucky enough to experience the club for themselves felt the same way. We are so proud of The Clandestine Club that we wanted to share some of the amazing feedback we received with you.

“Great working with you and thankyou for a lovely party. The room looked wonderful and the music was great. Everyone had a really good time. Please pass on our thanks and compliments to Richard-he was fantastic at looking after us.” Rabobank

“Wanted to say a huge thank you for everything you and the team and The Brewery did to make Friday night such a brilliant party.The feedback so far has been amazing! Everything went so smoothly, and everyone seemed to really enjoy themselves.” Shell

“Thanks for last night and a special thanks to Richard and his team too for their help with the last minute changes, it was a brilliant night – a good time was had by all. Feedback was positive, with people being particularly impressed with the food – it was very nice, Cocktail drinks on arrival went down well too.It is a very nice venue that I’m sure we will be using again in the future.” Sir Robert McAlpine

“We had a wonderful evening – I have received more compliments this year than ever before regarding the food. The guinea fowl was a massive hit and I even had loads of people say how lovely the soup was. I am so pleased about that and I did ask Richard to let chef know on Saturday itself because people were coming up to me all the time praising the food and these people are not new to the Brewery. Richard is a lovely guy and was so attentive. He looked after us very well and I would like you to thank him on our behalf – he also helped out on a couple of things that we were unprepared for. Also, lots of people were very appreciative of the theming and décor. I personally loved it all. I felt that the tasting in the Porter Tun room maybe didn’t prepare me fully for the evening itself and what to expect when you entered the Clandestine Club – the accordion player was a real treat for me since my father used to play and I haven’t heard it since he passed away last year.” Buhler Sortex

This Christmas Miami’s most celebrated nightclub will be recreated at The Brewery for a limited run throughout December. We are now taking bookings for 30 – 1500 person parties with many key dates selling out already. To find out more information go to www.electric-flamingo.com

We are well into our final week of The Electric Flamingo Lounge and Social Club, our Christmas theme for 2013. Here is all you need to know about what goes into creating and delivering a festive season at The Brewery. 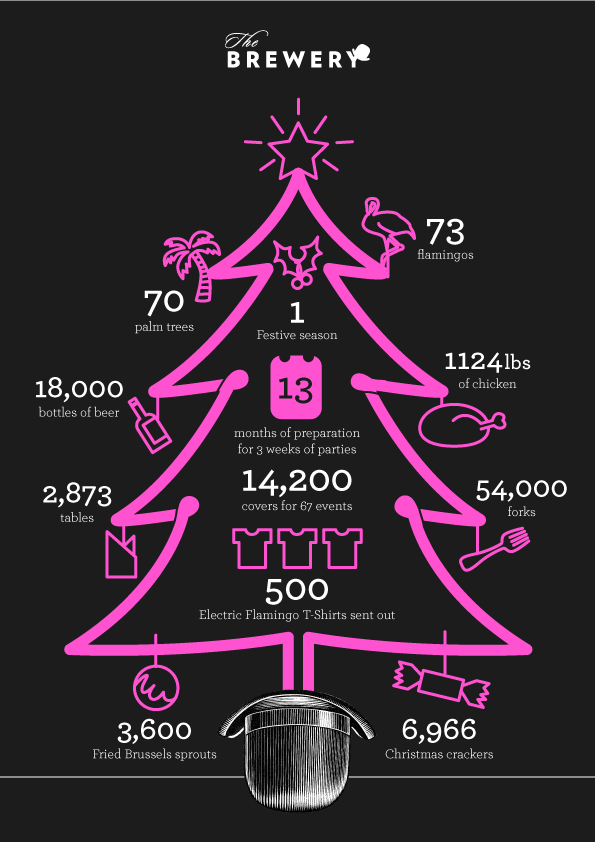 Last December The Brewery welcomed Meeting The World to the venue. They were here to film a video blog and discover more about the following, as stated on their website:

‘A key staff motivational event every year for many companies is the Christmas party. Ian Whiteling visited one of London’s oldest venues, The Brewery, to experience a shared corporate party and find out why this kind of an event is growing in popularity’

You can watch the video here:

What is the future of events and conferences after Covid-19?