Six things you should avoid doing at the Christmas party

Christmas supposedly allows us the freedom to do things that at any other time of the year would be considered pretty much absolutely unacceptable. When else would we openly listen to pop songs that are over 70 years old, wear novelty jumpers and happily eat to excess without fear of reprisal? Only at Christmas. 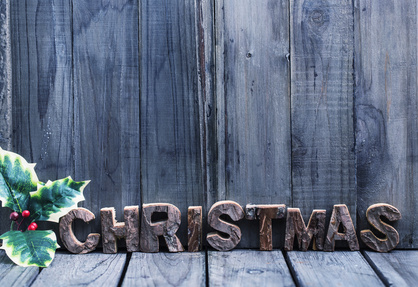 The festive period gives us free rein to misbehave, simply shrugging off a comment or action with “ah well, it is Christmas”. And why not? It’s not often we get the opportunity to have so much fun without needing to make excuses.

That said, there are occasions when it’s better to conduct oneself in a more measured and sensible fashion, such as the Christmas party. By all means lead the finance team in the conga; just make sure you’re fully aware of the few things to avoid doing at the Christmas party.

Dress codes are specified on an invitation to try and minimise the stress related to a) choosing what to wear and b) making you feel out of place by wearing the wrong thing. They are included for a reason; ignore the dress code at your peril.

Feel free to embellish a little, naturally. Swap a smart suit for a tux, bling up your LBD but don’t arrive in jeans unless they’re paired with a decent jacket and ‘smart casual’ is the requirement. You may feel a little uncomfortable, but disregarding the code is considered a bit of a faux pas. Dress it up, dress it down, but stick to it where possible.

2. Network to the max

We’re here to enjoy ourselves, so don’t work the room as though you’re trying to make valuable connections – it’s dull and you’ll come across as pushy. If conversation naturally flows in a professionally advantageous direction, then great, but otherwise you could get known as the party bore who only wants to talk about work. You may also end up as the guest that no one wants to get stuck with – and that’s a reputation that is hard to shake off for subsequent parties.

On a similar theme, don’t corner the boss and talk about your performance over the last year. If you want a review, then arrange it when you’re back in the office; this is a party and even the Big Cheese will want to enjoy themselves.

Whether or not the drinks are free, it’s so easy to over-indulge at the Christmas party. Your glass might be topped up countless times so you never know precisely how much you’ve actually consumed. It’s possible, therefore, to drink a bit too much, but who doesn’t get a little merry at the Crimbo bash? In fact, if you don’t, you’ll probably be considered a Grinch by your fellow party-goers.

This paradox means there’s a fine line to tread, but one that you should definitely not step over. Drinking too much inevitably leads to regrettable behaviour that will come back to haunt you –  you can guarantee your drunken antics will be both remembered and shared.

To prevent this, try to have a glass of water in-between each alcoholic drink and ensure you eat enough to line your stomach. Of course, there’s absolutely wrong with saying ‘no thanks’, so don’t feel pressured to drink more than you want to.

Just like in the films, the Christmas party is frequently perceived as a magical event where shy lovers finally dance together. Who could forget in ‘Love Actually’, where Karl asks Sarah to dance after she’s silently loved him for “two years, seven months, three days and, I suppose, an hour”?

In reality, it’s possible to make a complete idiot of yourself if you misjudge your romantic revelations, especially if you’ve had a little Dutch courage. Plus, at the Christmas party, your every move will be seen. Even if you’re rebuffed, the rumours will persist long after the Christmas tree has been packed away.

Don’t make advances on a) disinterested parties or b) attached ones – that’s advice for life in general. It’ll never end well. Yes, there’s a chance that slow dancing to ‘Last Christmas’ may well push you and the object of your affections in the right direction, but perhaps steer it on a more private course.

Yes, don’t not show up. Although the thought of this annual gathering might fill you with dread rather than Christmas cheer, being a no-show is poor form. You might feel pressured into attending, but those without a genuinely good reason for declining can consider themselves on Santa’s naughty list.

You don’t have to stay all night; just be present for the meal or the first few dances and slip away early. You might even find you enjoy yourself.

Just don’t. You haven’t got food poisoning, we all know you had a drink or two and are perhaps not feeling so sprightly. Either arrange to come in late or book holiday but don’t ever call in ‘sick’.

Christmas parties are meant to be fun and for the most part, they are. Providing you mix a little common sense in with your festive frolics, there’s no reason why your experience shouldn’t be a fabulous one.