How to organise a vegan-friendly event 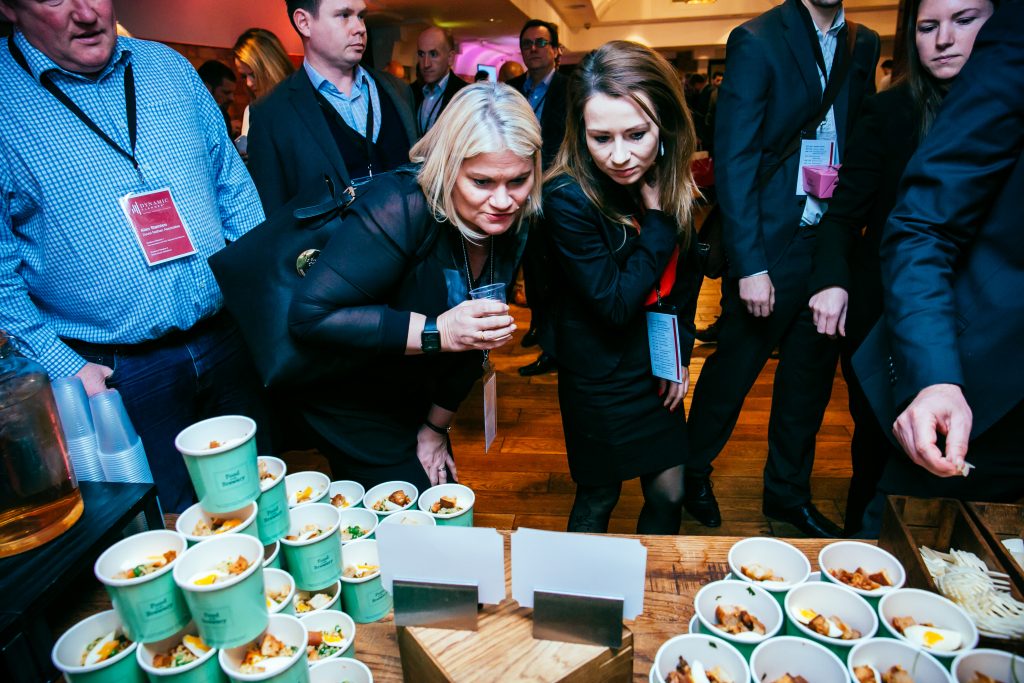 Veganism is all about not using or consuming any animal products. Accommodating vegan attendees isn’t as hard a task as you may think and it’s more than worth the effort to make sure everyone feels included and looked after.

Read on to find out about the four key areas you need to be aware of when organising an event, and how you can adapt them for vegans.

This is the most obvious category to start with since it’s the one where most changes may need to be made. As we mentioned above, vegans don’t eat or use any animal products, so there are a number of items that you’ll need to remove from your menu before you plan it; namely meat and dairy products, like milk and eggs.

However, while there are many obvious foods to leave off the menu, there are also some that could be overlooked if you’re not aware of them. Many vegans don’t eat honey, since it’s produced by bees, and some vegans don’t eat figs due to the way they are pollinated by female wasps. For a full list of food that vegans can’t eat, click here.

Planning a menu for a vegan-friendly event doesn’t have to be limited though. There are still many great vegan foods that can make some wonderful dishes. At The Brewery, our fantastic, renowned chefs are able to create wonderful bespoke menus that cater to the individual needs of your event. So, if you’re thinking of holding your event at our venue, you’re in good hands.

As surprising as it may seem, some alcoholic and non-alcoholic beverages are actually non-vegan. Top of this list is beer, since it’s filtered through isinglass (which is made from tropical fish bladders) as a fining agent. Some beers can also contain gelatin, glycerin, and casein.

The way to avoid serving your vegan guests non-vegan beers is to source them from certain brewers. Many German and Belgian beers are made through traditional methods of brewing, which are vegan, and the German purity law makes sure that only water, grain, hops and yeast, can be used in the production of beer. There are also some great brewers, both international and local, who produce vegan beer – Guinness’s draft stout is now vegan-friendly, as are beers from Carlsburg, Stella Artois, and Heineken.

Additionally, wine can often not be vegan-friendly since it’s filtered through a number of agents that can be made from blood and marrow, milk protein, and crustacean shell fibres and gelatin. However, there are some great vegan wines available from many big supermarkets, including Co-Op and Waitrose.

This may be a less well-known stumbling block for a vegan event since many people forget the second part of the vegan lifestyle – vegans don’t just avoid eating animal products, but also avoid using anything made from animals.

For that reason, if you’re decorating your venue, make sure to avoid materials such as leather, silk, and wool for a start. You will also want to pay attention to the flowers you’re using – make sure they’re Fairtrade or use potted plants as your centrepieces. If you’re buying artificial flowers, ensure that you avoid buying any that contain silk.

If you’re giving your guests favours of any kind, you’ll need to make sure they’re vegan too. Options can include soy candles, certain soaps or bath bombs, cake jars with vegan ingredients, or specific sweets that are vegan-friendly. Homemade favours are often the easiest to make vegan-friendly since you can control exactly what goes into them; you could get creative with seeds or plants, tea, vegan treats, or even vegan chocolate.

If you’re looking for a venue to host your vegan-friendly event, why not take a look at The Brewery. Our specialist event design team will be able to ensure that all our décor is suitable for vegan attendees, and our chefs will be happy to create a menu that’s not only delicious but also animal free. Click here to make an enquiry and we look forward to helping you with your event!